Trace the history of one of the world’s most ancient and greatest civilizations, from the oldest standing pyramid at Şaqqārah, to the grand tombs and temples of Luxor, and the Coptic churches, Islamic mosques, and bustling souks of Cairo. Stand in the shadows of the great Pyramids of Giza. 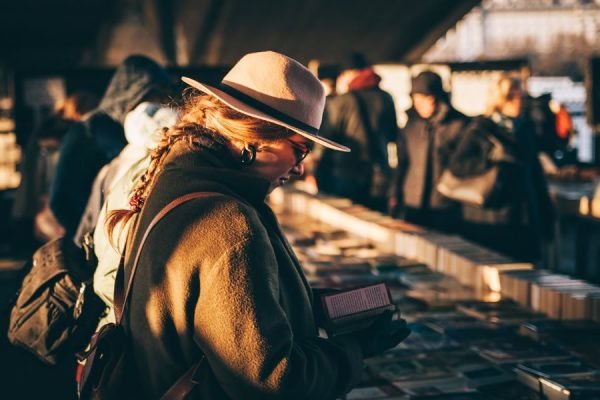 Unfortunately no accommodations were found.

Unfortunately no tours were found.

Unfortunately no cruises were found.

Unfortunately no car rentals were found.

–      Arrival at Cairo Airport, our Travel Representative will be there holding a sign with your name to meet and assist you through the Airport formalities’tansfer and check in hotel

–      Breakfast at your Hotel.Start a day tour to Giza Pyramids,Visit the 3Great Pyramids(Cheops, Chefren and Macarinos) from  Outside . Visit The Panorama to see the 3 Pyramids from far and take pictures.Visit The Egyptian Museum containing over 120000 piece of the Pharaonic monuments. The Brilliant collection of Tutankhamon.and Other places over night hotel

–      Breakfast at your Hotel.Then transfer by our private A/C Coach driving for 3 hours  to  AlexandreaVisit  Montazah Park and Palace.  Visit The Catacombsvisit The QAITBAY Citadel Visit The Bibliotheca ; The newly rebuilt Library, built to replace the one burnt down during the time of Cleopatra. Transfer to you Hotel in Cairo   and overnight.

–      Early breakfast and  transfer  you to  Cairo Airport to  fly  to  Aswan Arrive Aswan  Transfer to Check in your Nile Cruise for 3 NightsLunch on board of your Cruise.  Visit  to  the unfinished  obelisk and High Dam  Take a Motor to Philae Temple the Temple of Love for Goddess Isis.  Then  Transfer  you  back  to  your  Nile Cruise and  overnight on  board

–       Breakfast on Board of your Cruise. Relax as you sail along the fertile Nile Valley with 2 stops at Komombo & Edfu Temples.    Stop sailing to visit Kom Ombo Temple of the Crocodile God Sobek. Stop sailing to take a horse carriage to The Falcon God Horus Edfu Temple.   Continue sailing to pass Isna Lock.Lunch and Dinner on board of your Nile Cruise.

–       Breakfast on Board of your Cruise and proceed with Check  out Then the tour starts to the East Bank.   Visit Luxor Temple originally joined to Karnak by an avenue of Sphinxes. Visit Karnak which covers a huge area and includes several temples, the largest being the temple of Amon.  Transfer you  to  Hurghada  to  enjoy  your  Red  sea  Vacation

–          Transfer to Cairo International Airport and final departure with your wonderful memories.

Have a Question? Customize Tour Plan

10 Best Tourist Places attractions Visits and Things to Do

the last surviving of the Seven Wonders of the Ancient World, the Pyramids of Giza are one of the world’s most recognizable landmarks.Having awed travelers down through the ages, these tombs of the Pharaohs Cheops (Khufu), Chephren (Khafre), and Mycerinus (Menkaure), guarded by the enigmatic Sphinx, are usually top of most visitor’s lists of tourist attractions to see in Egypt and often the first sight they head to after landing.

2. Luxor’s Karnak Temple the Valley of the Kings

Famed for the Valley of the Kings, Karnak Temple, and the Memorial Temple of Hatshepsut, the Nile-side town of Luxor in Upper Egypt has a glut of tourist attractions.This is ancient Thebes, power base of the New Kingdom pharaohs, and home to more sights than most can see on one visit.While Luxor’s East Bank holds the modern city, with its vibrant souq; the two temples of Karnak and Luxor; and the museum; the West Bank‘s lush farmland and barren cliffs are where the vast majority of Luxor’s tourist attractions sit, with so many tomb and temple sights that it has been called the biggest open-air museum in the world.

Egypt is defined by the Nile. For many visitors, a multi-day cruise upon this famed waterway that saw the rise of the Pharaonic era is a highlight of their Egypt trip.Cruising the Nile is also the most relaxing way to see the temples that stud the banks of the river on the route between Luxor and Aswan, plus sunrise and sunset over the date-palm-studded river banks, backed by sand dunes, is one of Egypt’s most tranquil vistas.The two famous sights on a Nile Cruise are the Temple of Kom Ombo and Edfu’s Temple of Horus, where all the big cruise boats stop.

Egypt’s most tranquil town is Aswan, set upon the winding curves of the Nile. Backed by orange-hued dunes, this is the perfect place to stop and unwind for a few days and soak up the chilled-out atmosphere.Take the river ferry across to Elephantine Island and stroll the colorful streets of the Nubian villages.Ride a camel to the desert monastery of St. Simeon on the East Bank. Or just drink endless cups of tea on one of the riverboat restaurants, while watching the lateen-sailed feluccas drift past.Make sure to jump aboard a felucca at sunset to sail around Aswan’s islands. This is by far, Aswan’s most popular activity and the most relaxing way to take in the local sights.

Below the Red Sea’s surface is another world as fascinating as the temples and tombs on land.

The coral reefs of the Red Sea are renowned among scuba divers for both the soft corals on display and the vast amount of sea life, ranging from colorful reef fish and nudibranchs, to sharks, dolphins, turtles, rays, and even dugongs.For divers, the most famous town to base yourself in is Sharm el-Sheikh on the Sinai Peninsula, closest to the reefs of Ras Mohammed National Park, as well as the reefs of the Straits of Tiran.To dive the sites of the Straits of Gubal head to Hurghada or El Gouna on the Red Sea coast, while advanced divers should check out the resort of Marsa Alam, the nearest base for diving Egypt’s “deep south” dive sites.

Egypt’s South Sinai region, on the Sinai Peninsula, offers a beach for every type of traveler.

Sharm el-Sheikh is a European-style resort town packed full of luxury hotels, international restaurants, and bags of entertainment options. A favorite with Europeans on winter-sun vacations, many of the resorts here cater to families on one- or two-week sun-and-sand breaks.

Dahab is a low-key beach town with a budget-traveler heart, which is just as much about desert excursions and adventures as the sea. It’s particularly known for its cheap dive-package deals and for its lagoon beach area where windsurfing and kitesurfing are the top activity.

Alexandria has a history that not many others can match.Founded by Alexander the Great, home of Cleopatra, and razzmatazz renegade city of the Mediterranean for much of its life, this seafront city has an appealing days-gone-by atmosphere that can’t be beaten.Although today, there are few historic remnants of its illustrious past left to see, Alexandria’s long seafront Corniche road leading to its fort (sitting on the site where its famous ancient lighthouse once sat) remains a favorite summer destination to capture cooling sea breezes for Egyptians and foreign visitors alike.

The atmospheric, narrow lanes of the capital’s Islamic Cairo district are crammed full of mosques, madrassas (Islamic schools of learning), and monuments dating from the Fatimid through to the Mameluke eras.This is where you’ll find the labyrinth shopping souk of Khan el-Khalili, where coppersmiths and artisans still have their tiny workshops, and stalls are laden with ceramics, textiles, spice, and perfume.Surrounding the market is a muddle of roads, home to some of the most beautiful preserved architecture of the old Islamic empires.

There is a wealth of history here to explore. Visit Al-Azhar Mosque and the dazzling Sultan Hassan Mosque, and make sure you climb to the roof of the ancient medieval gate of Bab Zuweila for the best minaret-speckled panoramas across the district.

Everyone’s heard of Giza’s Pyramids, but they’re not the only pyramids Egypt has up its sleeve.Day-tripping distance from Cairo, Saqqara is a vast necropolis of tombs and pyramids that was utilized during every era of pharaonic rule.

It’s best known for its Old Kingdom Step Pyramid, which shows how the architects of Ancient Egypt advanced their engineering knowledge to finally create a true pyramid shape.There’s much more to see beyond the Step Pyramid, though, with some of the surrounding tombs, such as the Mastaba of Ti, showcasing some of the finest tomb paintings you’ll see in the country.Nearby, the pyramid site of Dahshur is home to the Red Pyramid and Bent Pyramid, which should be included on any Saqqara visit.

A treasure trove of the Pharaonic world, Cairo’s Egyptian Museum is one of the world’s great museum collections. The faded pink mansion in downtown Cairo is home to a dazzling amount of exhibits.It’s a higgledy-piggledy place, with little labeling on offer and chronological order severely lacking, but that’s half of its old-school charm.

The museum’s two highlight collections are the haul of golden treasures unearthed from Tutankhamen‘s tomb in the Valley of the Kings and the fascinating Royal Mummies exhibit room.Every corner you turn here, though, is home to some wonderful piece of ancient art or statuary that would form a highlight of any other museum.