x Thank you for submitting an inquiry. We will get back to you as soon as we can.
x

Day 03 Drive to Larkana via Bhit Shah & Kot DG (Tentative list) visit the Shrine of Bhit Shah and listen to the Sufi songs, at the KOT DG visit the fort in detail which may become a world heritage site soon. Overnight at Sambara Inn Hotel.

Day 05 Morning after a brief visit of Sukkur take Train to Multan on arrival meet and transfer to Hotel Overnight at hotel One.

Day 10 Breakfast at hotel Tour of Islamabad . Morning sightseeing of Twin cities Rawalpindi & Islamabad, Visit the Shah Faisal Mosque, an excellent Model of the Modern Muslim architecture, Shakaparian View point, Folk heritage museum, after that drive through the government buildings and visit the Raja bazaar, transfer to airport for flight to home

Pakistan, situated in South Asia, which served as the cradle of ancient human civilizations of the region. Iran, Afghanistan, India, and China borders the country. Pakistan ratified the 'Convention Concerning the Protection of World Cultural and Natural Heritage' in 1976.

Pakistan has six UNESCO World Heritage Sites in their country, all of which are cultural locations, as follows:

The capital of three successive dynasties and later ruled by the Mughal emperors of Delhi, Thatta was constantly embellished from the 14th to the 18th century.

The Makli site is a necropolis that is one of the largest in the world on the top of the Makli Hill on the Indus River's delta. The site has around half a million tombs & graves in an area of approx. 10 square km in size.

The tomb is made of stone or brick, and certain ones are decorated with glazed tiles. The site houses the tombs of kings, queens, governors, scholars and other important people of the past. 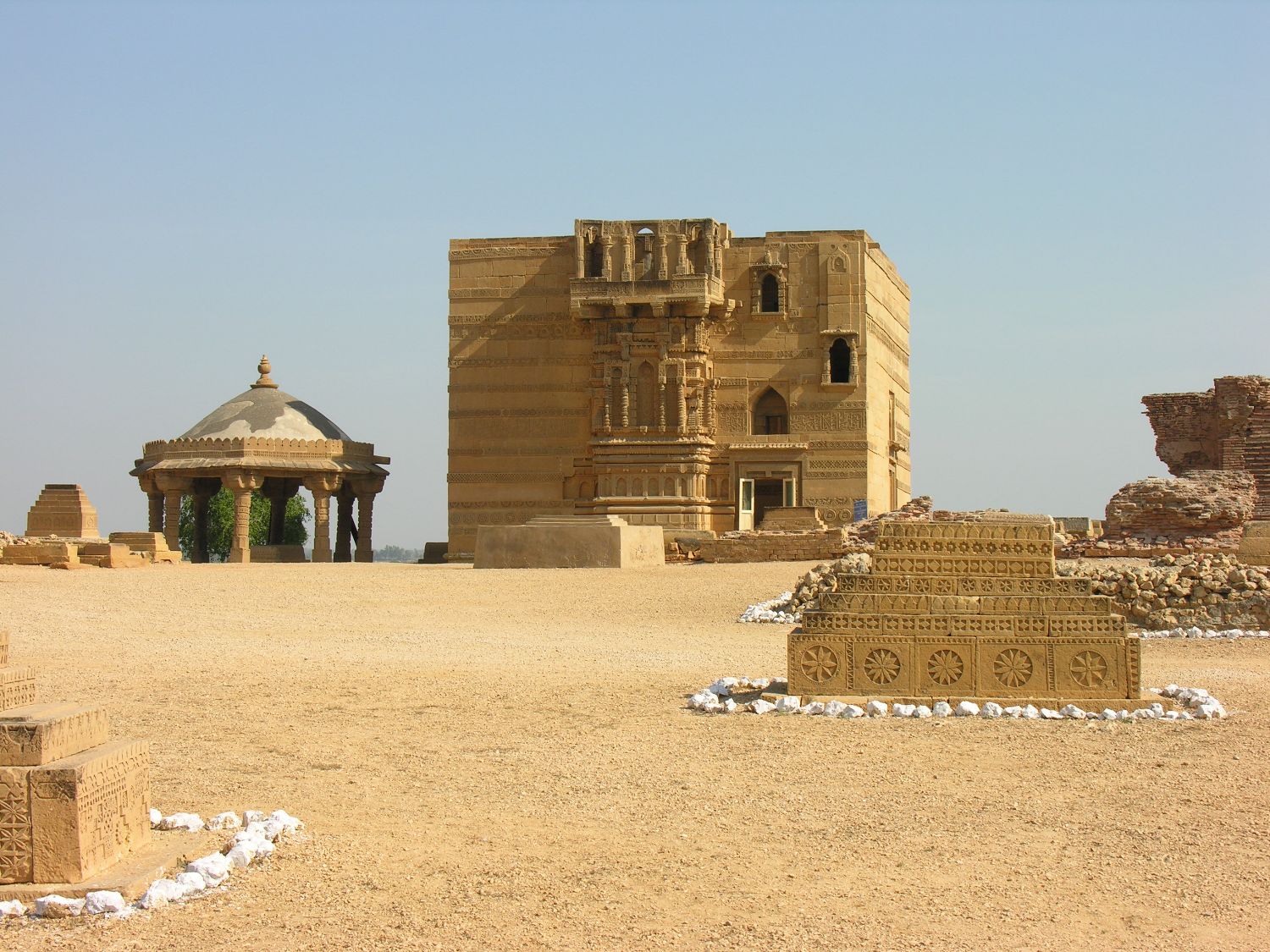 The large city of Moenjodaro – built entirely of unbaked brick in the 2,500 B.C. – lie in the Indus valley civilization, also known as Harappan civilization. It was somewhere around 19th century B.C. when the Indus River Valley Civilization rapidly declined.

The town is made up of two parts, the upper town, where the acropolis, set on high embankments, the ramparts to protect it.

The second part is lower town, which is laid out according to strict rules, provide evidence of an early system of town planning; 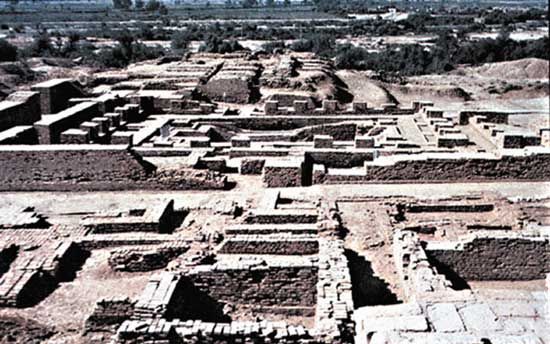 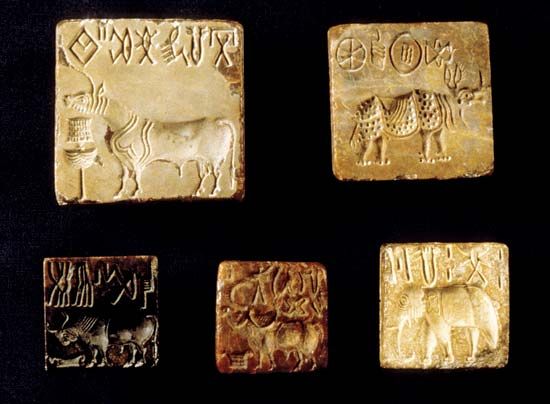 Assortment of seals with animal motifs in use during the time of the Indus civilization, 2nd–3rd millennium bce.

Fort and Shalamar Gardens in Lahore

The Lahore Fort and Shalamar Gardens were part of the duo of Pakistani World Heritage Sites being inscribed as such in 1980 and is located in the province of Punjab.

This site is made up of two separate locations, the Lahore Fort and the Shalamar Gardens, which are located 7 kilometers apart and are both in the city of Lahore. Taxila, located in the Rawalpindi district of Pakistan’s Punjab province, is a vast serial site that includes a Mesolithic cave and the archaeological remains of four early settlement sites, Buddhist monasteries, and a Muslim mosque and madrassa.

Situated strategically on a branch of the Silk Road that linked China to the West, Taxila reached its apogee between the 1st and 5th centuries.

One of these sites, the Bihr mound, is associated with the historic event of the triumphant entry of Alexander the Great into Taxila

It is now one of the most important archaeological sites in Asia.

he Rohtas Fort is the most recent site in Pakistan to be designated a UNESCO World Heritage site in 1997 and is located in the City of Jhelum in Punjab Province The fort was built in the 16th century under the Suri dynasty (1540-56) by Shera Sha Suri (1486-1545). The fort has a giant 70-hectare sized garrison with masonry walls that are more than 4 kilometers (2.48 miles) in circumferences and has 68 bastions and 12 massive gateways.

Rohtas Fort blended architectural and artistic traditions from Turkey and the Indian subcontinent, creating the model for Mughal architecture and its subsequent adaptations by European colonial architecture. One of the most imposing relics of Buddhism in the Gandhara region of Pakistan, composing of two distinct components both dating from the same era.

The Buddhist Ruins of Takhi-i-Bahi (Throne of Origins) are a monastic complex, founded in the early 1st century A.D. The site is located on hilltops ranging from 36.6 metres to 152.4 metres in height, over an area of 33ha.

The buildings were constructed of stone in Gandhara patterns (diaper style) using local dressed and semi-dressed stone blocks set in a lime and mud mortar.

We are sorry, this cruise is not available to book at the moment

We are sorry, there are no reviews yet for this cruise.